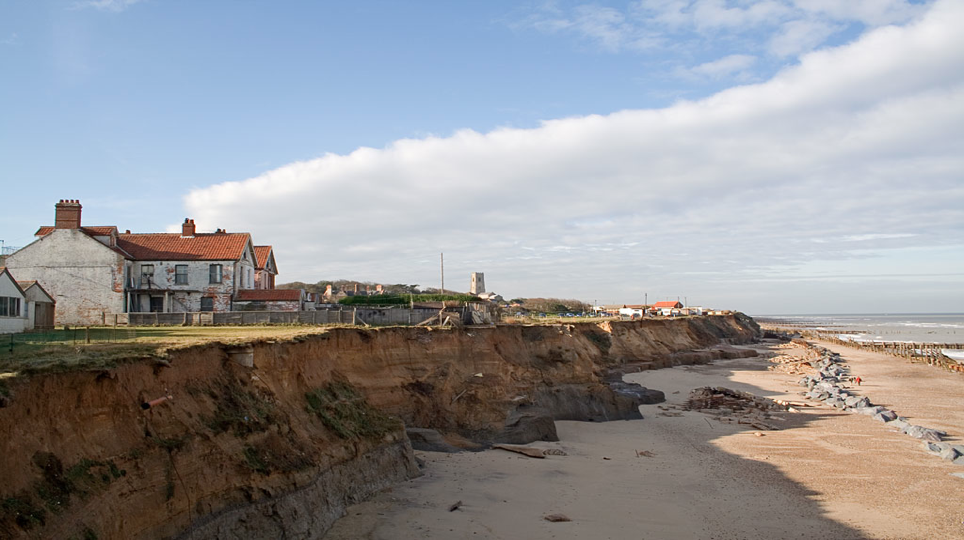 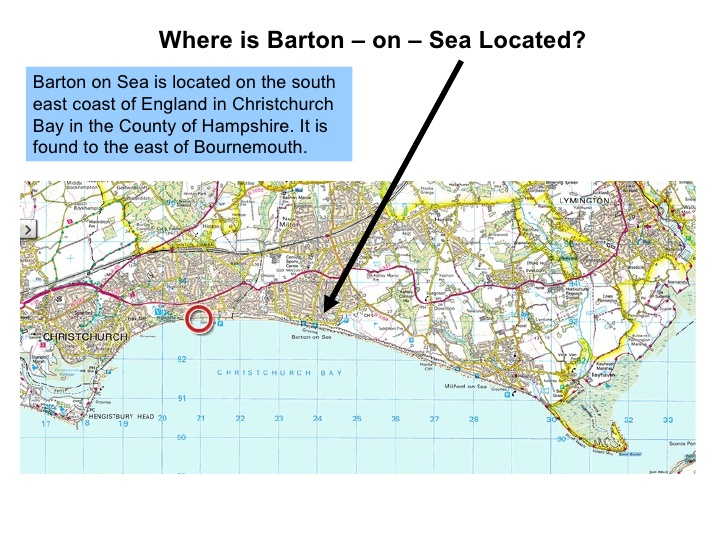 The cliffs in Christchurch Bay which is on the south coast of England. The cliffs here are rapidly eroding at a rate of 1-2m per year.

The cliffs are collapsing and retreating rapidly because:

Marine processes: the bases of the cliffs are being eroded by hydraulic action and abrasion.

Sub-aerial processes: weathering is weakening the rock and then mass movement (slumping and rock fall) is leading to cliff collapse and further erosion.

Geology: in Christchurch Bay permeable sand lies on top of impermeable clay. During wet weather heavy rain saturates the permeable sand, making it much heavier and making the top of the cliff unstable.

Fetch: south-west winds, which have blown 3000 miles across the Atlantic Ocean create strong destructive waves which have lots of energy to erode.

Human activity: it’s a tourist honeypot and there has been extensive building along the cliff top. The extra weight weakens the top of the cliff making it more unstable.