Sea levels are rising today – The oceans are warming up and expanding, melting ice sheets are likely to speed this up.

There are many areas around the world at risk:

Tides are the regular rise and fall of the ocean due to the gravitational attraction of the moon and the sun on the Earth. As storms approach a coastline, the tide level is very important, as a high tide will likely result in a greater chance of coastal flooding. 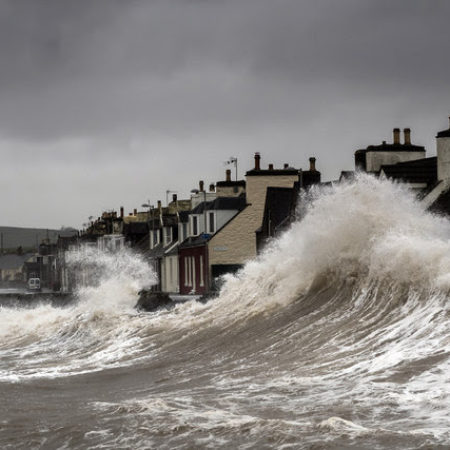 What Creates a Storm Surge - BBC

There are several key challenges facing us in the future: