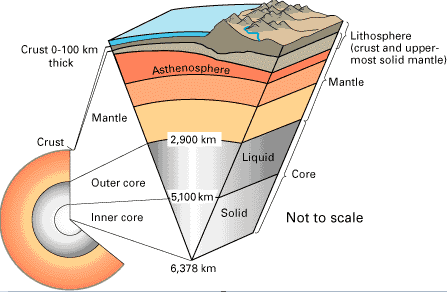 The crust is the thinnest layer of the Earth and is the layer we live on. It is made up of a variety of rocks and can reach up to 70km thick in places. The crust itself is divided into large chunks called tectonic plates. There are around 7 large and 12 small plates, which ‘float’ on top of the mantle beneath them.

The mantle is the thickest layer of the Earth at 2,900km thick. It makes up nearly 80% of the volume of the Earth. The mantle itself is divided into 2 layers, the upper and lower mantles and the heat within these layers drives convection currents. The upper mantle is semisolid rock called magma that flows slowly due to convection currents. It is less than 1,000°C in temperature. The lower mantle is kept solid due to pressure and is between 1,000-3,500°C. If you had to describe the mantle as a whole, it is classed as a liquid.

The outer core is made of liquid iron and nickel and is between 3,500-4,000°C. As the liquid metal swirls around, it induces a current that generates the Earth’s magnetic field. Heat from the core powers the convection currents in the mantle. It is 2,900km thick.

The inner core is the hottest part of the Earth reaching temperatures between 4,000-4,700°C, which are as hot as the surface of the sun. It is made of solid iron and nickel that are under so much pressure they cannot melt. It is 1,200km thick and heavy radioactive elements within the core generate the intense heat as they decay.

The heat from the core causes the mantle to be heated at its base. The hot rock rises gradually towards the crust. As it rises, it moves further away from its heat source at the core and starts to cool down. When it reaches the crust, it is forced out sideways because it cannot easily pass through the solid rock above it. It continues to cool and as it cools, it begins to sink back down towards the core. As it reaches the solid outer core, it is again forced sideways because it cannot pass through the solid iron/nickel layer and at the same time it is heated up once again and rises to the surface. This process of heating, rising, cooling and sinking forms currents within the magma called convection currents. 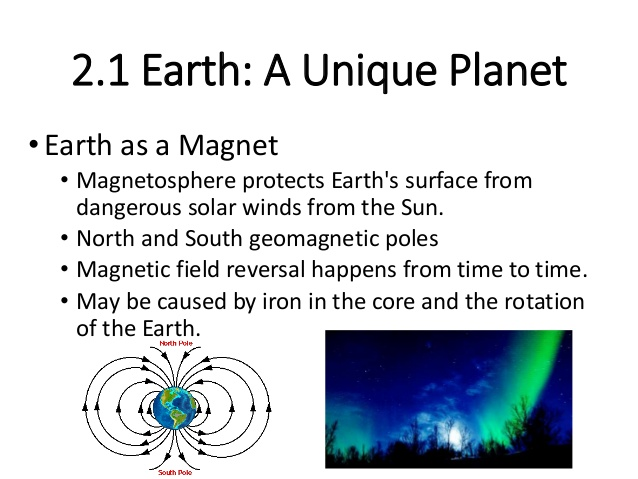