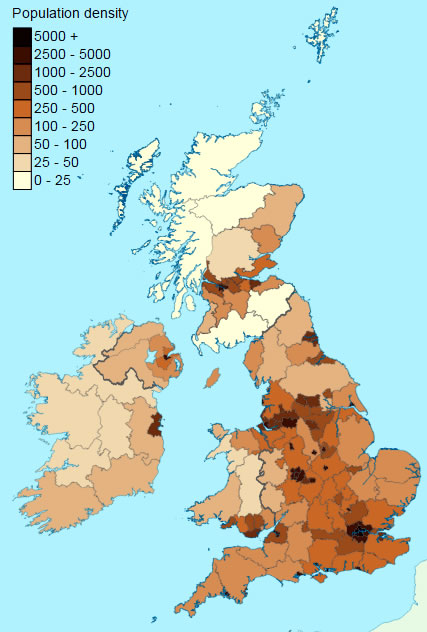 In 1965 the UK’s population structure had a wide base meaning a higher birth rate than in 2015. The number of people aged over 65 in 2015 has increased meaning a longer life expectancy in 2015 than in 1965 and the overall shape of the two pyramids means the average age of the population of the UK in 1965 was younger than the average age in 2015.

One of the causes of an ageing population is an increase in medical care and facilities in a country. This means illnesses that would have caused the death of people in 1965 are now treatable and people therefore live longer. An effect of this ageing population is that more ‘care for the elderly’ services are needed, such as doctors, nurses and nursing homes and this means taxes are raised in order to pay for this elderly dependent population.

When people migrate from abroad (for a variety of reasons) they are most likely to settle where the most work can be found. This therefore draws them to the major cities, particularly in London and South East where there are a variety of employment sector jobs available. However in northern England there are less jobs available and fewer services such as hospitals and schools and therefore people have migrated from northern England to the south to look for work, creating a North/South divide in the UK.