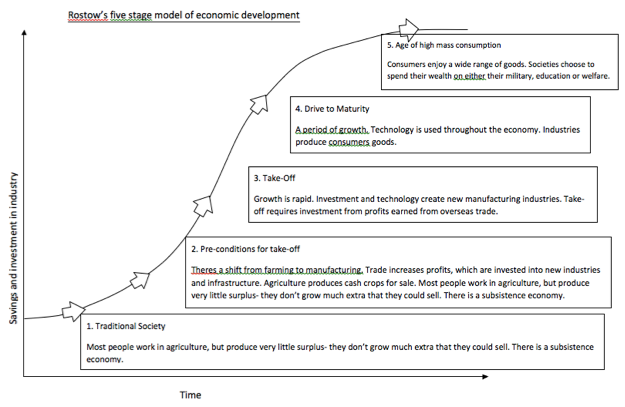 Australia is stage 5 the evidence to support this is large number (2991) of doctors per 100,000, few people working in farming and a large GDP showing a consumer society. 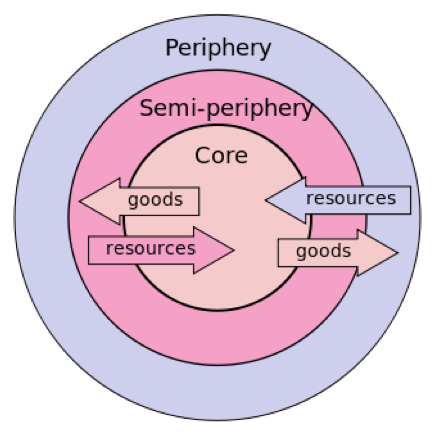 The dependency theory evolved in the late 1950s and is based around the idea that developed rich countries (core) are limiting the level of development of the poorer countries (periphery) from the control of the world economy. The most developed countries are able to exploit less developed countries through the use of their economic and political power.

The Dependency theory also suggests that the unequal pattern of development has been reinforced by:

The problems with the Dependency theory are: