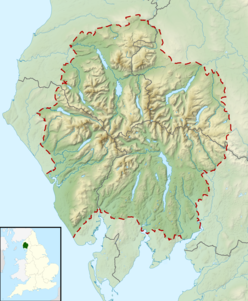 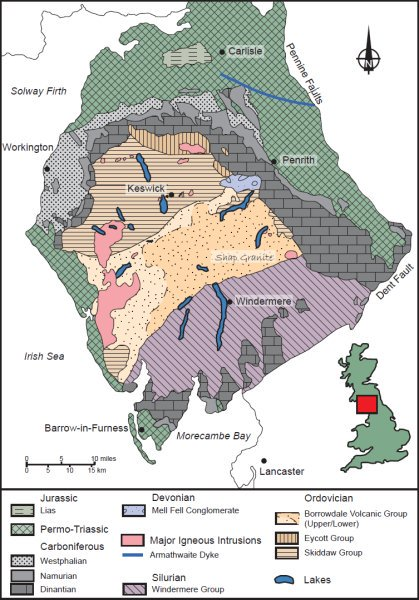 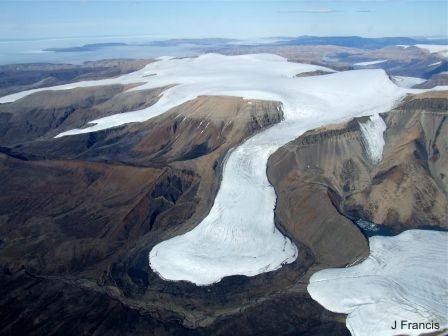 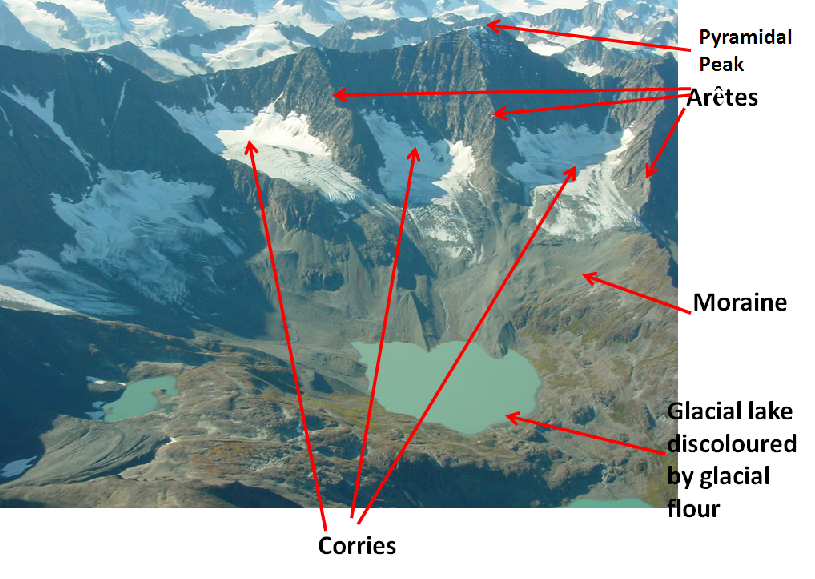 Corries: Snow collects in a natural hollow on the side of a mountain. Over time, further snow collects in the hollow. This extra weight compresses the snow underneath, turning it into ice. The hollow is deepened and widened by the corrie glacier through the processes of abrasion and plucking. This overdeepening leads to an ‘armchair’ shape characteristic of a corrie and causes a ‘rock lip’ to be formed. 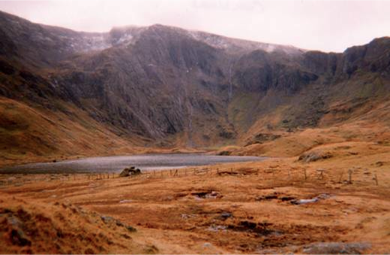 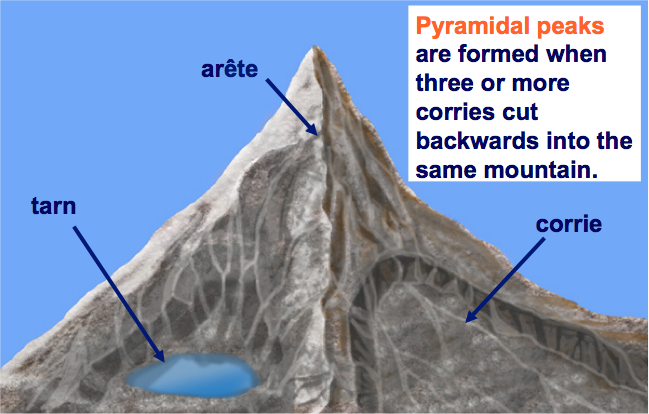 Unlike a river, a glacier fills the entire valley and so has much more power to erode.

It does not have to wind around interlocking spurs and can widen, deepen and straighten its valley. 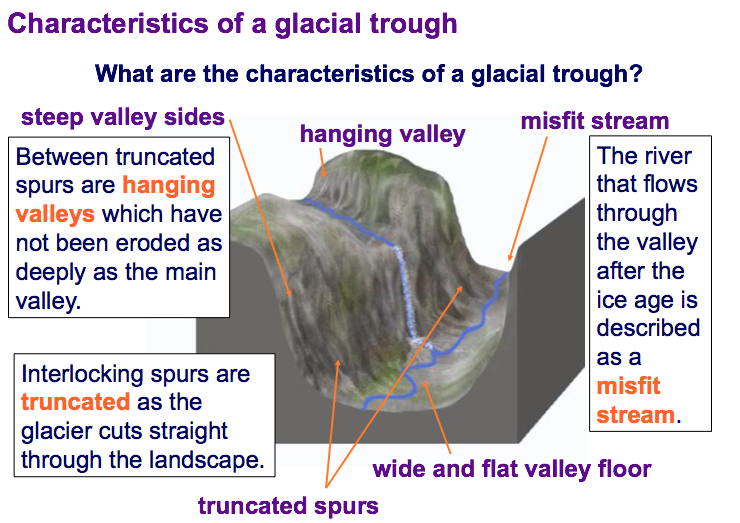 Moraine is a type of landform that is created when a glacier deposits the material (till) that it has been transporting. It is made up of unsorted angular rocks. There are several types of moraine:

Drumlins: Drumlins are formed of till. They are elongated features that can reach a kilometre or more in length, the most widely accepted idea is that they were formed when the ice became overloaded with sediment. It is common to find several drumlins grouped together. A collection of drumlins is called a swarm. 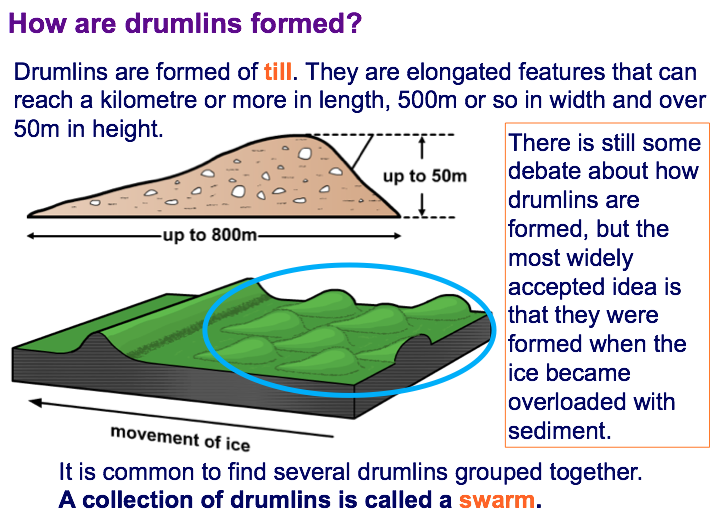 An erratic is a boulder that is different to the bedrock upon which it is sitting. They have been transported and deposited by a glacier. Therefore erratics are useful indicators of patterns of former ice flow.

Ribbon lakes are long, narrow lakes found on the valley floors of glacial troughs. They can be formed due to a combination of erosion and depositional processes. When a glacier moves along its valley, areas of softer rock may be eroded more easily, or the glacier may be joined by a tributary glacier to increase its power to erode. When the glacier retreats, the deeper sections fill with meltwater and become lakes. Deposition of moraine across the valley can also act as a dam, trapping the meltwater and thereby creating a ribbon lake.

So how do rocks erode and change shapes to make different landforms? 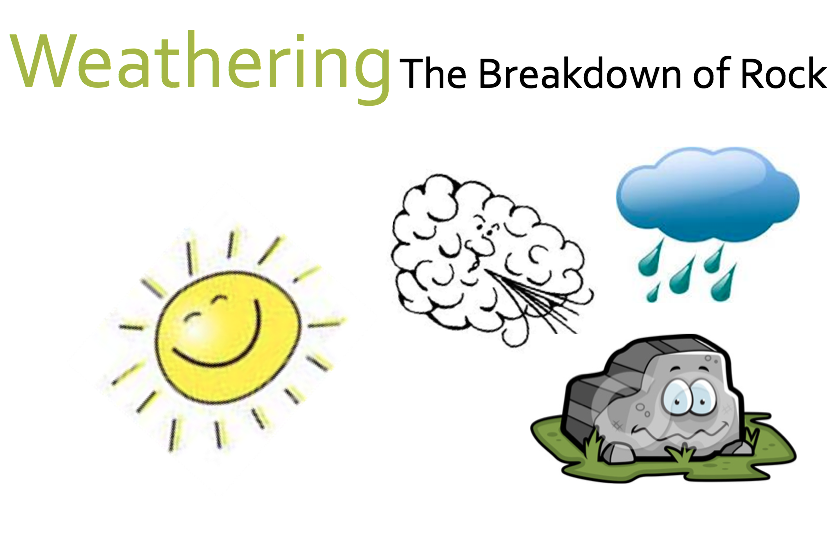 Freeze Thaw: Extremes of temperature can cause rocks to break. Freeze-thaw weathering involves water getting into a gap in the rock and then freezing when the temperature drops. Water expands when it freezes and this puts pressure on the rock. The ice melts next day, the now larger gap again fills with water, freezes and so on until the rock breaks.

Onion skin: In very hot areas e.g. deserts, it is very hot during the day and very cold at night. This causes the surface of the rock to expand and contract frequently until it eventually breaks off. This is called onion skin weathering (or exfoliation). 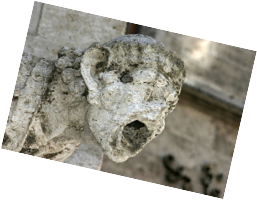 Chemical: Rainwater is naturally acidic (carbon dioxide dissolves in it to give carbonic acid). This can react with limestone, chalk or marble as they are made from calcium carbonate. Sulfur dioxide gas can make rainwater even more acidic – this ‘acid rain’ weathers the rock much faster. 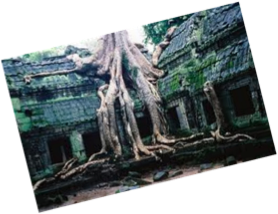 Biological: Plant roots can penetrate into even the toughest rocks over time. This can cause the rock to break apart. Animals walking or scurrying on the rocks can also weather them. Anything living that wears the rock away really. 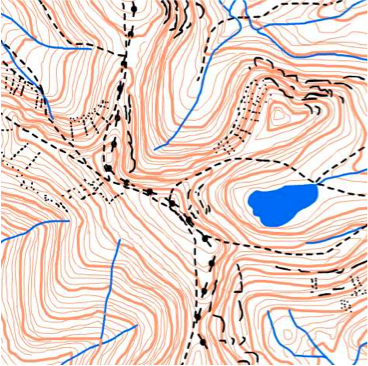 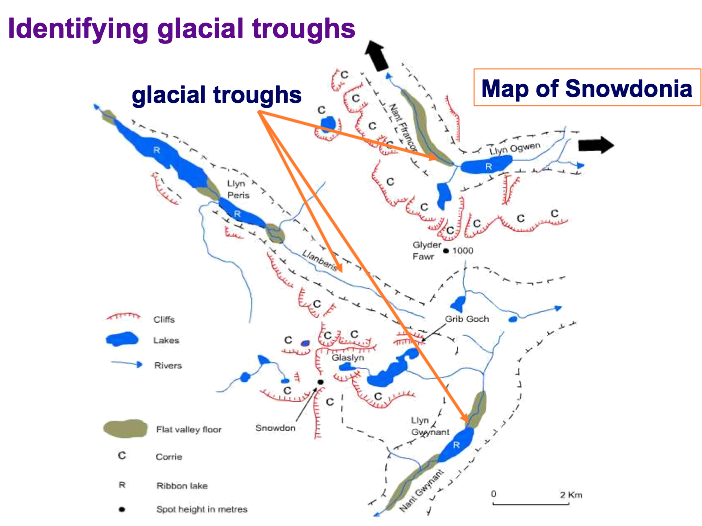 We know this area was glaciated, as we can see a corrie and tarn to the west. There is also an arete with steep sides shown by the contour lines close together.

Moraines, drumlins and erratics are the result of glacial deposition.

Moraine is a type of landform that is created when a glacier deposits the material (till) that it has been transporting.

There are five main types of moraine.

Contour patterns on maps can give a clear indication as to whether a landscape has been glaciated.